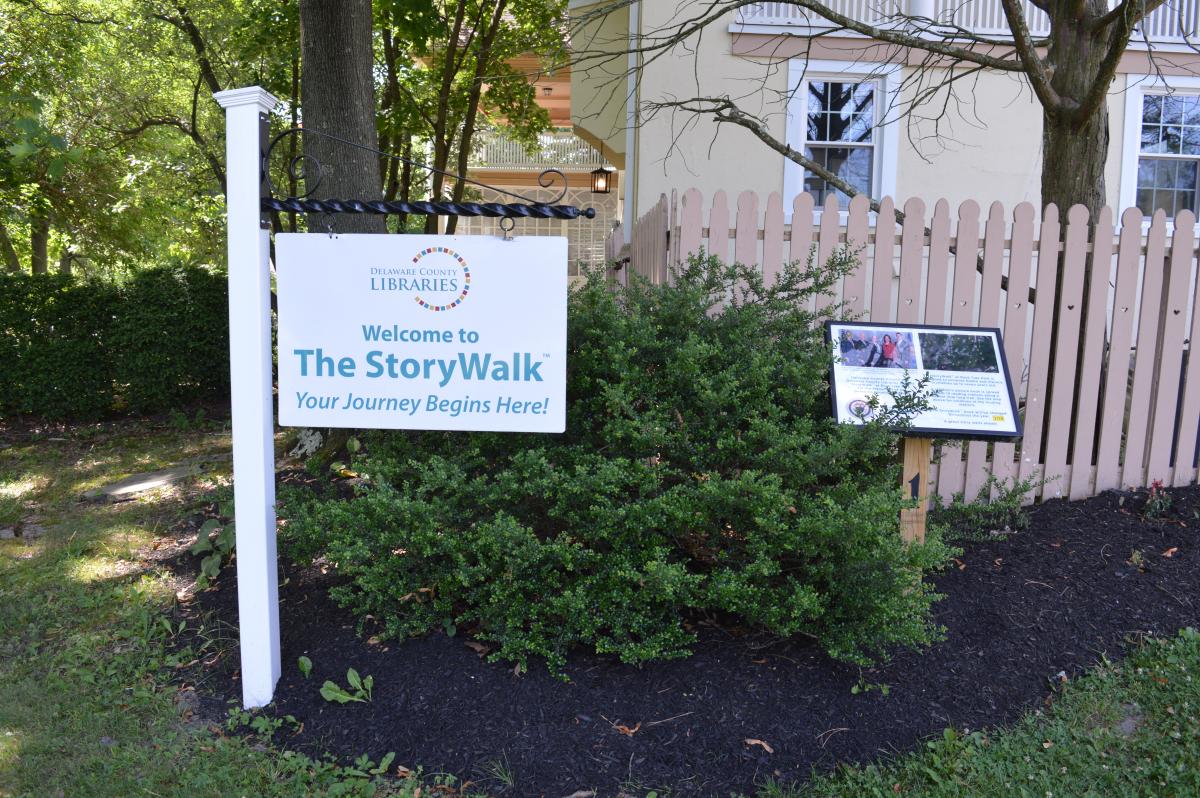 Delaware County residents can now take part in StoryWalk at Rose Tree Park! Located in the upper field behind the amphitheater stage, StoryWalk is a children's story book that is spread out page by page across 18 reading stations along an approximately .25 mile trail that promotes health and literacy in children. StoryWalk is generally geared for children between the ages of 1-7. You can find a map of StoryWalk's location and reading station trail by clicking this link. Find the StoryWalk welcome sign, as seen above, to begin your journey!

Read the StoryWalk Opening Ceremony Press Release here. The StoryWalk project was created by Anne Ferguson of Montpelier, VT and developed in collaboration with the Vermont Bicycle & Pedestrian Coalition (VBPC) and the Kellogg Hubbard Library. Delaware County Libraries is proud to be the first library system in the region that offers all of its patrons the StoryWalk project.

The StoryWalk book will be changed throughout the year, so check our website and social media accounts as we'll be announcing new StoryWalk books. Currently in StoryWalk is the book Layla's Happiness written by Mariahadessa Ekere Tallie and illustrated by Ashleigh Corrin.

10:00 am
Yoga Adventures with Jitterbugs Music & Movement
Radnor Memorial Library
Join us for a Yoga storytelling adventure over Zoom, that features a warm-up time, a story that...
10:00 am
Curbside Pickup + Faxing and Copying - Building Closed
J. Lewis Crozer Library
Our building is closed, but you can pickup books, DVDs and CDs. For more information or requests,...
10:00 am
Interactive Movie: Mary Poppins
Haverford Township Free Library
Step in time with our newest interactive movie kit for Mary Poppins!  Introducing our Interactive...
Sun Jan 17