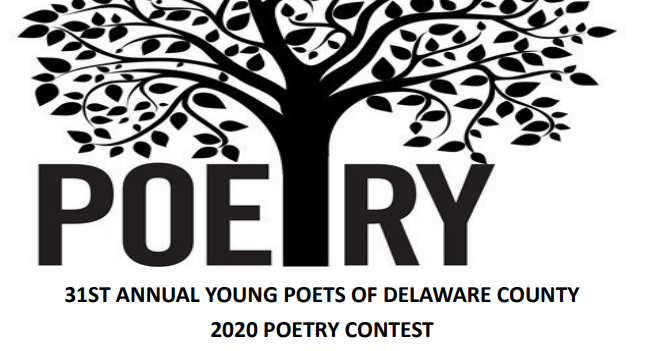 Thank you to everyone who submitted entries for the 31st Annual Young Poets of Delaware County 2020 Poetry Contest! While we are waiting for this years' winners to be announced, let's look back at some of the winners from 2019.

As I look out the window I know where to go,
I’ve seen a whole world that is covered in snow.
I jump out of bed, and downstairs I race,
Open the door find a magical place.
The grass is all gone, the flowers have vanished,
It seems just as though all the green has been banished.
I grab my friends I say “let’s go!”
We race up the street out into the snow.
We make dozens of snowballs and have a grand fight,
Our parents make sure we don’t get frostbite.
We trudge up a hill, sleds by our side,
Eager to catch one last thrilling ride.
The day is now done,
But it has been fun,
We go our own ways,
I head off into the white enchanted maze.

It all starts with a whisper
Loose lips setting free a breeze
Swirling into a nosy ear
It passes through the mind
Catching, collecting, and changing
Rolling off the tip of the tongue
More eyes widen
More ears strain
The bitter breeze twists and tangles
Growing stronger,
More destructive with each heartbeat
Tap once
Tap twice
Send
And it’s released
Darting through the world
Striking hearts,
Gasps slipping out

The wind is now a raging storm
Thunder in everyone’s shouts
Tossing and turning their thoughts
Howling, blasting rumors
The whisperer can try
She can reach out to reel it in
But the sky only darkens
That little flutter of a breath
Transformed into a tempest of a lie

Don’t let the gale consume you
Don’t let the flurry escape
Don’t eagerly fan the breeze
Live in the warmth of a clear, sunny sky 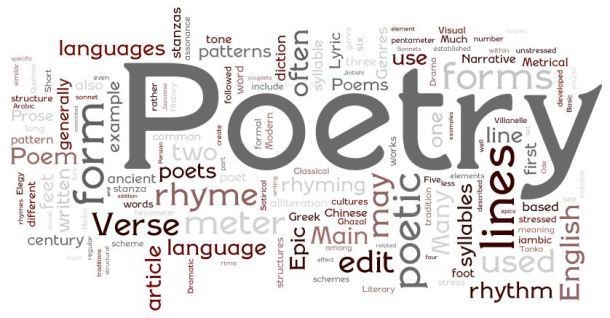 10:00 am
Creative Babies - CANCELLED
Springfield Township Library
This lively program introduces children from birth to 2 years old and their caregivers to rhythm,...
10:00 am
CANCELLED~Family Place Connecting To Our Community Program
Yeadon Public Library
10:00 am
ONLINE Story Time for ages 0-5
Newtown Public Library
We miss you, and hope we can "meet" for story time via Facebook Live! The link will be posted at...
10:15 am
POSTPONED: Booktime, Playtime! (Ages 0-36 Months)
Upper Darby Township/Sellers Library – Sellers Memorial Branch
This program is for children ages 0-36 months with an adult, and runs from January 27 to May 11 (no...